Press enter to begin your search

Did you know this about the World Cup’s 32 teams?

Russia – Opponents of Russia’s national side might face two identical players: the “terrible” identical twins Aleksei and Anton Miranchuk who have been playing together in the national squad since autumn 2017.

Egypt – Egypt the dominant force in African football in the last 10 years, they have appeared in only two World Cups, 1934 and 1990 but between 1938 and 1970 they competed in only one international tournament.

Saudi Arabia – The Green Falcons, the 2018 FIFA World Cup’s lowest-ranked team, is looking to overcome three coaching changes in as many months.

Uruguay – The favourite of the group if Russia had not been the host nation, La Celeste, two-time World Cup winners qualified in second place from a gruelling South American qualifying group.

Portugal – Portugal, crowned European Champions in 2016, appear to be firmly CR7-dependent. Even before his hat-trick in the opener against Spain, captain Cristiano Ronaldo contributed to 18 of Portugal’s goals in qualifying (15 goals, three assists), more than any other player heading to Russia.

Spain – After recent struggles at major tournaments, the remaining stars of Spain’s golden generation could be facing a last stand at the World Cup. Winning two European Championships and a first World Cup, the Spanish were unstoppable from 2008 to 2012.

Morocco – Morocco had been hoping for a World Cup victory off the field.

However, on the eve of the tournament, FIFA announced that the north African country had lost out in its bid to host the 2026 World Cup finals, which went to a joint bid from the USA, Canada and Mexico.

Iran – This is the first team to qualify from Asia, unbeaten in 18 qualifying games across two rounds. It has the strongest defence in Asia, only breached by Syria once a place in Russia was already secure.

France – The French began the competition in Russia as one of the tournament favourites, despite having lost some key players for injury. Coach Deschamps, who captained France to World Cup glory as a player in 1998, has advised his squad to adopt a full-blooded approach.

Australia – Australia needed a playoff win against Central Americans Honduras to book their ticket, after having made hard work of qualifying against lightly regarded Asian opponents.

Peru – Qualified for their first World Cup finals since 1982 after dispatching New Zealand in the playoffs in front of 40,000 people. Fireworks were set off outside the New Zealand hotel at 3am: after the win, just like in Panama, the following day was declared a national holiday.

Denmark – There are two reasons why Denmark should not be completely written off at the World Cup. Firstly, remember 1992? The Danes won the European Championship, having been told they were playing in the tournament only a week before it started after Yugoslavia was excluded while in a state of civil war.

Argentina – Without Lionel Messi, would Argentina even be going to the World Cup?

The team’s destiny is more closely tied to the Barcelona forward than ever before. Messi’s side were at risk to miss out from the continental playoffs but a hat-trick for the captain sent Argentina to heaven against Ecuador in the decisive qualifying game, after being down 1-0.

Iceland – With a population of little more than 300,000 people, it is the smallest nation to qualify for a final stage of World Cup after becoming the mascot team at Euro 2016. A record that is unlikely to be broken.

Croatia – The first time the Croatia national football team attended the World Cup, after the dissolution of Jugoslavia, they claimed a shocking third place finish, sharing with Portugal the imaginary best-debutant award.

Nigeria – They qualified unbeaten from the “Group of Death” featuring Cameroun, Zambia and Algeria, and were the first African side to book a plane ticket to Russia.

Brazil – When Brazil walked out to start their campaign in the 1-1 draw against Switzerland, it was the final step in the country’s four-year journey to overcome a humbling 7-1 defeat to Germany in their home World Cup four years ago.

Switzerland – Sixth in the FIFA World Ranking, Swiss football is reaping the rewards of the hard work done in youth development a decade ago which tapped into the potential offered by second-generation immigrants, many from the former Yugoslavia.

Costa Rica – Costa Rica were one of the surprise packages of the 2014 World Cup: ‘Los Ticos’ defied all predictions by finishing top of a group featuring three former World Cup winners in Italy, England and Uruguay, emerging unbeaten in all three games.

Serbia – The heirs to the Yugoslavia national team still struggle to live up to the legacy of “The Plavi”. Serbia – one of seven national teams created after the break-up of Yugoslavia – is yet to make it past the group stage at a World Cup.

Germany – There is only one thing on Germany’s mind going into the World Cup and that is to defend their title and become the first team in more than half a century to do so. Brazil are the last side to have successfully defended their title – winning in 1958 and 1962.

Mexico – A year after playing at the Confederations Cup, Mexico return to Russia hoping once again to break through to the latter stages of a World Cup. Their victory over Germany gives them the best possible start.

Sweden – Sweden will have to cope without Zlatan Ibrahimovic as the superstar isn’t coming back for the World Cup.

South Korea – After enduring three poor performances from the team in Brazil four years ago, fans were waiting at Incheon International Airport to make their anger felt.

Belgium – On paper at least, Belgium have all the ingredients for success at the World Cup but have to guard against their perennial habit of being underwhelming at major tournaments.

Panama – This is the first-ever World Cup qualification for the only country in the world to have a rainforest within its capital city (obtained also thanks to the contemporary and astonishing win of Trinidad and Tobago against the US).

Tunisia – Unbeaten in their qualifying group, Tunisia are making a return to the World Cup after a 12-year absence.

England – There’s been the hand of God, a ‘phantom’ goal, a winless group stage exit and a humbling at the hands of Iceland. Then there was the sacking of a manager caught up in a corruption scandal.

Poland – Poland’s hopes at the 2018 World Cup depend on Robert Lewandowski.

The Bayern Munich forward scored 16 goals in 10 games – a European qualifying record – to propel Poland to its first World Cup in 12 years.

Senegal – Senegal’s top moment at the World Cup has been beating the holders France in the opening game of the 2002 World Cup.

Colombia – With a scintillating counter-attacking style and salsa-dancing celebrations, Colombia became the darlings of the 2014 World Cup where they shimmied their way to the quarter-finals.

Japan – Japan’s coach Akira Nishino, 63, has been given a mere two months to prepare Japan for the 2018 World Cup finals after the sudden dismissal of Vahid Halilhodzic in April. 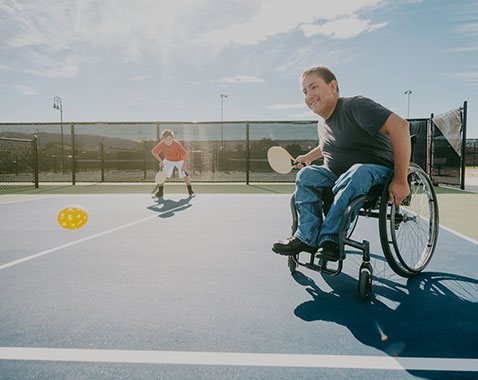 Are You Asking Yourself These 2 Key Questions About Your Brand and Trust?

Are You Asking Yourself These 2 Key Questions About Your Brand and Trust?

This site uses cookies to improve your site experience.